#ParkTV As I See Things (Four) 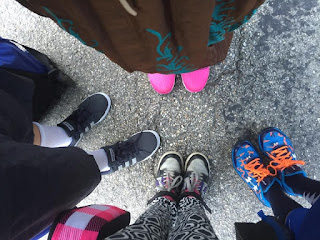 #ParkTV Four
As I See Things

A few years ago, I had a conversation with a child psychologist about “Orchid Children VS Dandelion Children.” I had never heard the theory before so I left his office and read up on it. You can read the link I have provided to “dig deeper” (ha) but I’ll sum it up for you: some kids thrive in any circumstances (dandelions) and some need special treatment to bloom (orchids,) Of course, as with anything, all the pressure and responsibility and reward depends on parenting and education.

Plants. Roots. Heritage. Where we grow. Our environment.

I just finished reading a book:

This book can’t be bought in any bookstore. It wasn’t published by a major house. It bears no ISBN number. I found it in my attic. Yes. The infamous attic. Over the 3 ½ years we have lived in this house, I have unearthed and sold/kept many an item, including but not limited to:

This book was written by a man named Albert Clarke and it seems to have been prepared as a speech to be read at a celebration of “Old Home Week” on the “Common” (park) in Rochester. In other words, I found a script from an old episode of #ParkTV back before there were TVs or any way to blog about #ParkTV. Here is an excerpt:

“STRENGTH OF THE HILLS

“O, grand old hills, who saw these scenes and helped to make these people what they are, I never see or think of them without feeling that they are
‘A part
Of me and of my soul, as I of them.’

and I envy those who are privileged to live here the delight of climbing them and taking in the sweetest air which they give forth and thinking the lofty thoughts which they inspire. What the 20th century may have in store for Rochester, I know not. Changes will come, of course, but while the influence of these hills remain, I cannot think the future will be less glorious than the past and I commend to every new inhabitant the heritage of the high example of the residents who have had their day and gone, a study and development of the natural resources of the region, contentment to remain here coupled with ambition to do the best and utmost for themselves and town, and, greater than all the rest, a ceaseless and reverent contemplation of the glories of Nature, which are revealed here in their perfection and which enable and exalt the soul.”

So much of what Clarke shared was fantastic and profound, but I am going to pick just one aspect to focus on: being “content” to remain here.

Last week, I spent a sunny afternoon contemplating the glories of Nature by ripping weeds out of my vegetable garden. It has been raining a lot this summer, which is great for lettuce, squash, tomatoes and corn, but also supportive of unwelcome invasives. I donned my pink rubber gloves and plopped myself at a corner next to my collection bucket. I grabbed the first weed by the stalk and yanked; it broke away leaving many tendrils behind. I went to the workshop for my hand trowel, dug around the remaining root ball and pulled again. This time I removed every last piece.

Ah. Gone for the moment, but they'd be back. Like dandelions.

Pulling at those weeds not only gave my garden the chance to thrive, I fell into a rhythm of digging, tearing, dumping as I allowed my thoughts to drift with the sounds.

The school board has announced that any of the students in grades 9-12 at Rochester High School can attend the school for the 2017-18 school year but they will be offered only online classes. If this is not a desired option for families, students can choose to attend any school on a generated list and tuition will be paid. Needless to say, our family has to make a decision about our two oldest for this year —which will begin in about a month— rather than next year. Aside from shopping around and making lists of pros and cons, I am clueless about how to facilitate making a final choice about the future of my children’s education.

I thought about the two “nearby” schools we visited a few days before, what other families have chosen to do, how small the high school had become and how while one son was part of a class of a dozen kids, my other son’s class had dwindled to only four. With the cost of education due to all the mandates, it is impossible to sustain.

“Be careful what you ask for because you just may get it,” I thought. I wanted a choice and now there is one. We HAVE to choose.

I wasn’t pro-Model One (Study Committee One Stop Shop) because my decision for school options were removed and my thinking was done for me and with this model, there was only one choice. Declining enrollment and Act 46 caused of the destruction of our school. It is terribly sad that things have come to this.

Clarke didn’t see this coming. In his book, he spoke of education: “In 1790, two years after the town was organized, a tax of 20 pounds was voted for the schooling of children, and 10 pounds for all other town expenses. This showed the importance attached to education and ever since then Rochester has been known as a town of culture.” Clarke goes on to describe the various school districts and how there grew to be 522 students and 16 school “districts” in Rochester. But now, obviously, the population has decreased.

Yes. Those of us who have chosen to live here in this place owe it to those who lived here in the past to be happy about being here and do what’s best for ourselves and for the town all while revering nature. That’s why I’m still here watching #ParkTV.

The hard part now is that I have to rip my children up by their roots and rely on another place to give them exactly what they need.

Maybe they’re dandelions rather than orchids.

February 2nd, marks my favorite day of the entire year. Seriously, it is. I love Groundhog's Day and have gone twice to the town of Pun... 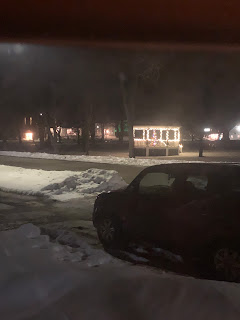